Emilio Aversano, from Salerno, Italy, began his successful career as a concert pianist while still a teenager performing as soloist with prestigious international orchestras (Bacau, Arad, Vidin, Philarmonia Mediterranea, SBS Youth Orchestra of Sidney, City Symhony Orchestra of Thessaloniki, in the famous "Megaròn Concert Hall"). Since 2002 he has become one of the most highly sought-after italian performers thanks to his now famous piano marathons. In 2002 he made his debut for the Milan Società dei Concerti in the renowned Sala Verdi of the Conservatoire performing during the same concert Tchaikovsky's Concerto No.1 and Rachmaninov's Concerto No.2 with the Bacau Philharmonic Orchestra directed by Ovidiu Balan. The audience of over 1600 granted him a standing ovation. The concert was recorded live and published on CD by Phoenix Classics receiving enthusiastic reviews in the Gazzetta di Parma (Giampaolo Minardi) and Il Sole 24 Ore (Carla Moreni). In 2004 he added Mozart's Concerto K488 to the marathon which he performed in the Sala Verdi of the Turin Conservatoire. In 2005 he gave a recital in the "Marmorsaal" at the Mirabell Castle in Salzburg and in 2006 he gave a concert at the International Club "Château Sainte-Anne", Bruxelles. He debuted in Norway at the University of Oslo in the presence of the Italian Ambassador in 2007 and in the same year was invited to play in the "Benjamin Britten Theatre" at the Royal College of Music, London, and at the Italian Institute of Culture. On 14 May 2008 Aversano undertook what has been defined "the piano marathon of the century" at the Teatro Dal Verme, Milan performing four concertos in one evening (Mozart K488, Rachmaninov No.2, Tchaikovsky No.1 and Liszt No.2) receiving rave reviews from Gian Mario Benzing, music critic of Il Corriere della Sera: "Never seen anything like it… Aversano has tamed the monsters in an incredible crescendo of strength and virtuosity. Talent and hard work, memory and solidity; what great virtues this artist has had to cultivate in order to achieve such a result…" In October 2013 the piano marathon reached its apotheosis when Aversano performed as many as five concertos one after the other (the previous four to which he added Schumann) once again at the Teatro Dal Verme, Milan. The daily newspaper La Repubblicareported at length on the event. A live CD recording of the performance has since been presented during a conference-recital in the Sala del Grechetto at the Biblioteca Centrale chaired by the critic Gian Mario Benzing of Il Corriere della Sera. The illustrious musicologist Quirino Principe, present at the event, later recalled in an article published in Il Sole 24 Ore "…meeting Emilio Aversano in Milan we had a clear illumination as to how cultured, refined, hellenic and european at the same time this artist from our deep south can be". Aversano has been interviewed by Italian state television (RAI) and by the daily newspaper Il Corriere della Serawhich has defined him "the inventor of a genre". A long article about him was published in the colour supplement (Sette) of the same newspaper. On April 2014 he undertook a conversation with Gian Mario Benzing on the theme of Beethoven and the poetry of Homer and Shakespeare by way of introduction to a concert of Beethoven sonatas at the Biblioteca Nazionale, Milan. In the autumn of 2014 Aversano performed his famous marathon at the Konzertsaal der Universitat der Kunste in Berlin and at the Gewandhaus, Leipzig. He played four Piano Concertos: Mozart k488, Wanderer Fantasie by Schubert transcripted by Liszt, Schumann pianoconcerto op.16 and Ciaikowsky piano concerto n.1 op.23. On 2th November he performed at Ravello Festival 2014 a recital with three Beethoven's sonatas. On October 2015 Amadeus (the main italian classic music magazine) edited in live recording the double CD "Piano Marathon in Gewandhaus". The same performance was edited in 2016 around all Europe from "Electrecord" of Bucarest. On February 26th 2016 he performed as solo recital at the prestigious Sala Verdi of the Conservatorio in Milan, for Serate Musicali, that is reviewed as an outstanding evening by Benzing in Corriere della Sera. On November 22nd he played a new "piano-concert marathon" at the Golden Hall of Musikverein in Vienna with Budapest MAV Symphony Orchestra, performing the same four Piano Concertos that he was playing in Gewandhaus Leipzig.

On April 9th he has debuted in the season of Teatro alla Scala playing Dvòrak Quintet with Scala String Quartet. G.M. Benzing wrote on Corriere della Sera "The deep sound of the Scala Quartet with Aversano". He is regular guest of Serate Musicali, Milano, in the "Verdi Hall " of Milano Conservatory, where in october 2018 played as soloist with Orchestra da Camera of Maggio musicale Fiorentino. On 15th December 2018 he debuted his Marathon in England, playing three Piano Concertos in Dora Stoutker Hall at Royal Welsh College of Music, Cardiff. His partner the Orchestra Cardiff Sinfonietta, conducted by Jonathan Mann. Aversano is Professor of Piano at the Conservatoire of Vibo Valentia and holds a cum laude degree in Modern Literature. Among his teachers the legendary pianist Aldo Ciccolini. 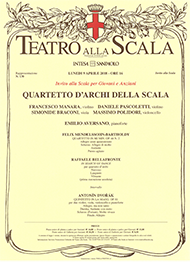 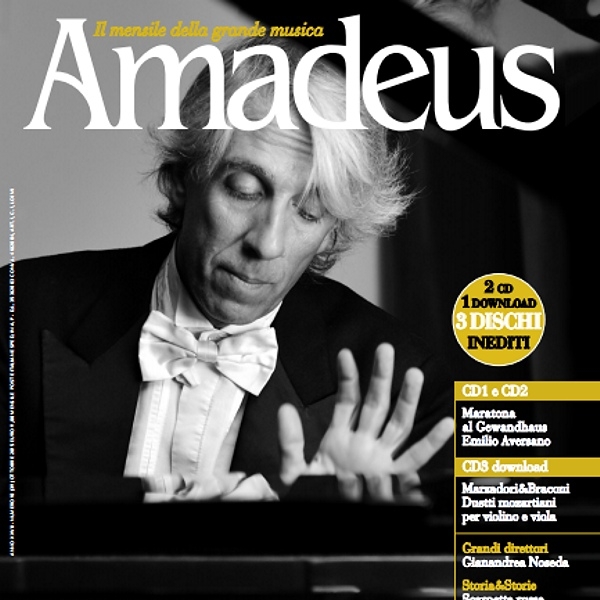